Tasmanian Premier MUST have felt his advice was wrong

TASMANIAN PREMIER, PETER GUTWEIN, recently told us that clay target shooting was not a suitable activity for public school students.  In fact, his response was quite grumpy.

We now know the Premier previously supported the shooting sports.

So why the change of heart?

Premier Gutwein made his claim after his education minister, Sarah Courtney, told us that shooting created a ‘risk of serious injury’ for students.

The education minister’s claim was a bare-faced lie.

It was a shift from the government’s earlier claim that clay target shooting activities could be linked to ‘violence and aggression’.

However it still a long way off from being truthful and we believe, equally slanderous.  It was a claim the Premier repeated to us, as we reported in this story.

He was a club patron

What we didn’t know at the time is that Peter Gutwein is no stranger to the shooting sports.

Mr Gutwein not only handed out prizes at a Xmas shoot at a local clay target shooting club in 2015, but was the club’s patron.   He also listed his patronage in his disclosure of private interests to Parliament at the time.

Here are some pics from that shoot. 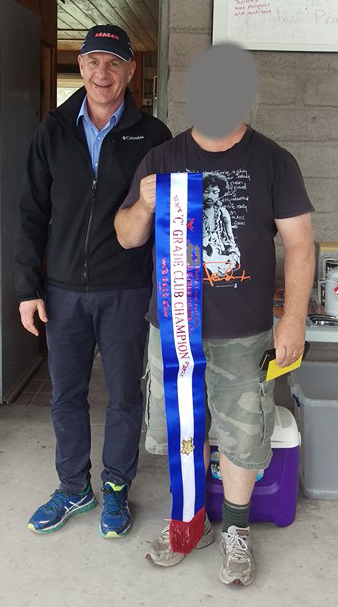 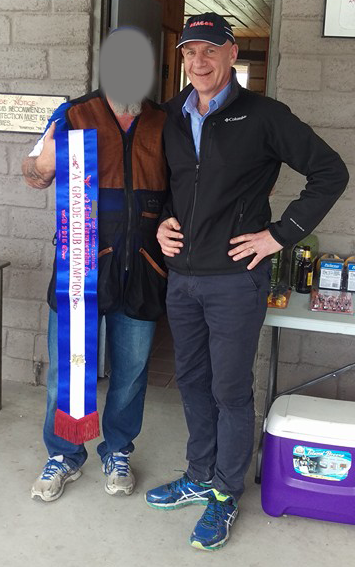 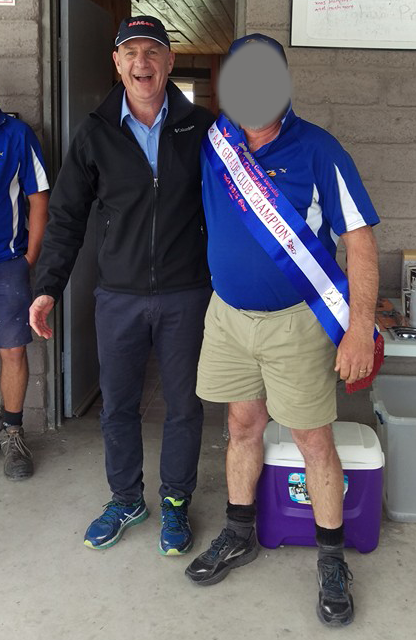 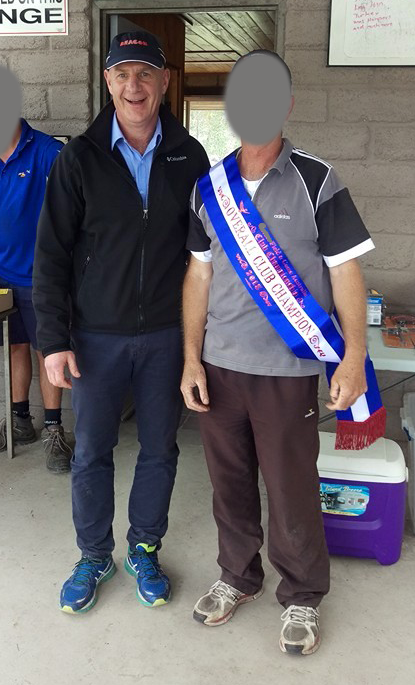 What is a patron?

One definition is:  a person chosen, named, or honoured as a special guardian, protector, or supporter

What did the Premier Gutwein say to the NSC?

Click here to see his letter to us.  In it, he said:

“To reiterate, clay target shooting is not considered suitable
as an off-campus activity for Tasmanian public schools.
… This long standing position reflects the potential risk of
serious injury associated with these activities in this setting.”

What club was Premier Gutwein a patron of?

While it is not hard to find out what club we are talking about, we do not want this to reflect on the club.

That’s why we have not named them and why we protected the identities of the shooters involve.

Please don’t name the club in the comments. It’s not necessary.

If you’re a politician, should you be a patron of a shooting club?

Of course you should.

Our message to politicians is don’t hold back from being a patron. It’s a great thing to do, for a great sport. You will enjoy it and have bragging rights that other politicians won’t have.

Some famous patrons of Australian shooting organisations include former PM Malcolm Fraser, Vic Premier Sir Henry Bolte and GG Michael Jeffery.  Plus, as we set out in our previous article, you will be sharing the stage with other famous names such as Suzi Quatro, Jackie Stewart and Dame Nellie Melba.

All we just ask that you hold back from saying silly things – and signing responses prepared by bureaucrats who don’t bother to inform themselves.

Do that, and there won’t be a problem.

Be careful who you listen to, Mr Premier…

Given the Premier’s background, the letter must have felt wrong to when he signed it.  Why then, did he?

We think there are two explanations.

The first is that Gutwein’s letter is what he thinks. The second – and far more likely explanation – is that Premier Gutwein got bad advice from those around him.

In fact we strongly suspect the Tasmanian Premier signed this off in a bunch of other letters his office prepared for him, without having the time to read them properly.   In other words, we think bureaucrats with their own agendas took advantage of a busy man.

We’re confident that if Mr Gutwein had read letter properly and thought about it, he wouldn’t have signed it – but he did.

The information we have received is that Premier Gutwein is not happy with how this has panned out.  Shooting is a great sport that doesn’t deserve this treatment, so let’s convince the Premier to do the right thing by sending him an email using the link below.

Help us get change

Help us convince Mr Gutwein to reverse his policy.
Click the orange box to send him an email now!
(this should open your email program, if you have one)

We need the Tasmanian Premier to reconnect with shooters

The Premier needs to fix this.  He needs to reconnect with the shooting community – and ditch those who gave him the wrong advice. It’s easy for him to do and we will certainly give him credit for doing so.

If they do, their advice can only ever be a guess – which can only be incorrect.

Our advice to the Premier is for him to ditch his advisors.  He needs to reverse his policy – and head back to the range himself.