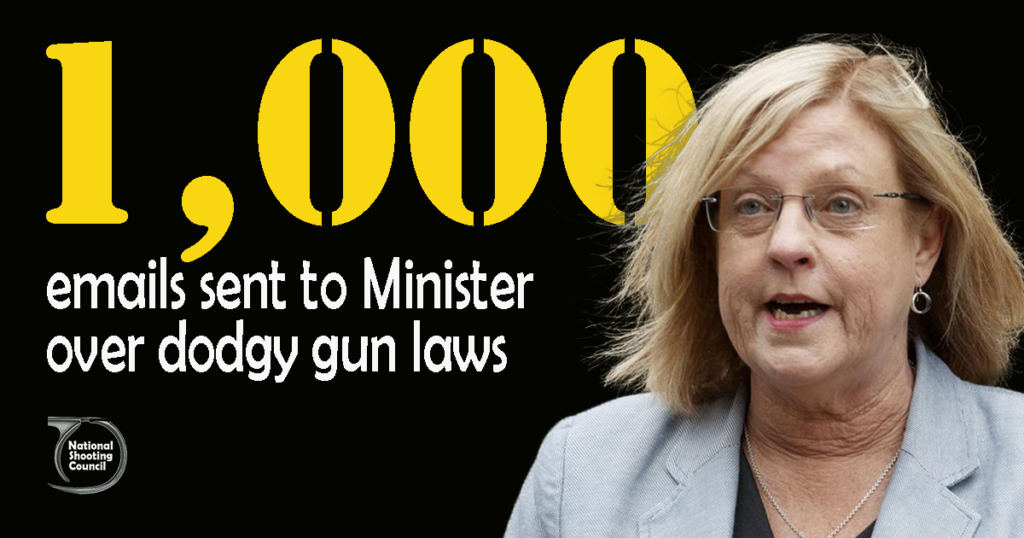 Victoria’s Police Minister, Lisa Neville, wants to change our gun laws to make it easier to slap 10 year gun bans on anyone doing little more than copping a speeding fine.

We bet she didn’t count on the reaction she’d get.

Last Sunday, we broke the story about how changes to Victoria’s Firearms Act were set to make a bad situation for shooters worse, by extending the reach of 10 year gun bans for what police officers can deem to be ‘bad behaviour’.

The problem with the law is that there is no safeguard against what form of behaviour might attract a ban.

Whoever gets a ban can then also be subjected to warrantless searches and stopped from going anywhere guns are stored – including a friend’s or relative’s place.

The laws, which are known as Firearm Prohibition Orders, are claimed by the government to target criminals and bikies – but the law does not say that.

Rather than fixing the problem, the government is now proposing to make it easier for police to issue FPOs by extending the delegation to inspectors.
.

She got the message. Thanks to you!

Upset with that, many of you emailed the Police Minister to let her know that the new laws were not on.

You used an email facility that cc’d us into the emails so we could count them.

Over 1,100 emails were sent, which means the minister got the message.

The fight is far from over

This is a fight we need to win.

It’s also a fight that is about to show which shooting organisations have a commitment to push back against bad gun laws, and which of them don’t.

In the next couple of days, we’ll be updating you more on what is being done to get these laws changed, or scrapped altogether.

That’s why more and more shooters are supporting what we do.